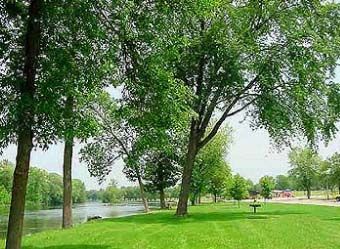 The Kyoto Protocol was adopted at the Third Conference of Parties in December 1997 by the Parties to the UN Convention on Climate Change. The EU is a signatory to the protocol. The Protocol begins to provide targets for implementing the Climate Change Convention. It commits parties to reducing greenhouse gas emissions, ensuring that their aggregate anthropogenic carbon dioxide equivalent emissions of greenhouse gases do not exceed their assigned amounts. Limits vary according by country, most require reductions, but in some cases increases are allowed. The gases to be reduced under the Protocol are carbon dioxide, methane, nitrous oxide, hydrofluorocarbons, perfluorocarbons and sulphur hexafluoride. Sources of anthropogenic emissions include energy generation and use, industrial processes, solvent and other product use, waste and agriculture.

Overall, developed nations must cut their emissions to 5% below 1990 levels and to 30% below projected levels by 2008-2012. Methodologies for estimating anthropogenic emissions and global warming potential used for calculations must be approved by the Intergovernmental Panel on Climate Change (IPCC). The Protocol develops the concept of trade in emission reduction units resulting from projects aimed at reducing anthropogenic emissions by source or enhancing removals by sinks of greenhouse gases. These units can be transferred to or acquired from other parties subject to a number of conditions detailed in the Protocol.